Artificial oranges vs. the real thing

I have a terrible confession to make: you know the orangey scent from the desert farm scene in Horizons, the one that people talk about as though it were some kind of olfactory orgasm? I don’t remember it. I made four trips to EPCOT during Horizons’ lifetime, and it was my favorite Disney attraction of all time, but the orange scent just never made that much of an impression on me. And anyway, the Horizons orange grove wasn’t the best-smelling place in EPCOT. That distinction belongs to The Land. 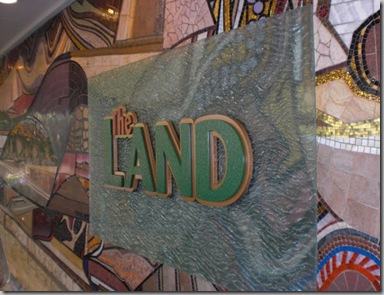 I’m completely serious here. When I walked through the doors of The Land a month ago, the first thing I noticed was how good it smelled in there, thanks to the two excellent eateries (the Seasons Food Court and the Garden Grill) at the east and west ends of the pavilion. Of course, the Garden Grill is one of EPCOT’s two character dining locations, so it’d be popular even if it didn’t serve excellent food. But the Seasons has become so popular that the beautiful fountain on the pavilion’s bottom level was removed to make way for more seating. Sure, some of that popularity can be attributed to the fact that it’s right next to Future World’s busiest attraction, Soarin’. But it also provides a nice alternative to the greasy fast-food fare that most counter service places at Disney World offer, and I have to believe that’s a factor, as well.

However, if you’re not hungry by the time you board your boat for the Living With The Land ride, then you definitely will be once you hit the greenhouses. Forget artificial scents, the downright tasty smell of the very real edibles in The Land’s greenhouses fills you with an almost irresistible urge to hit the Seasons or the Garden Grill once the ride is over. (Good luck getting into the Garden Grill without reservations, though) Sure, Living With The Land is educational, fascinating, and increasingly relevant, but it also deserves credit for its ability to make even the most devoted carnivores (like me) want to eat their vegetables.

And that’s no small accomplishment.

A Flood of Electronic Babble

Nearly a decade into the 21st century, we’re in a great position to answer some of the rhetorical questions posed near the end of Spaceship Earth’s 1994 Jeremy Irons narration:

Question: “Spaceship Earth glows with billions of interactions carrying news and information at the very speed of light . . . But will these seemingly infinite communications become a flood of electronic babble?”

Question: “. . .or will we use this power to usher in a new age of understanding and cooperation on this, our Spaceship Earth?” 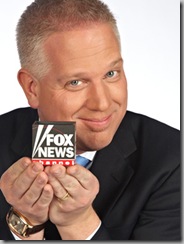 On the Evils of Blue Window Tint

I realize that EPCOT Central just published a very thoughtful and well-written post on what’s wrong with the current iteration of EPCOT’s Seas pavilion, and this isn’t intended to be a rip-off of that, or even a response to it, really. I’ve been planning to write this for at least a month, and in fact my trip to EPCOT a week ago today was primarily a fact-gathering mission for this post.

I don’t trust first impressions. Lots of movies, books, and, yes, Disney attractions are multilayered experiences that it’s impossible to fully appreciate on the first run-through. So, although I’ve been fairly critical of The Seas With Nemo and His Animated Friends, the truth is that until a week ago I’d only been through there once. So, on my most recent trip to EPCOT I resolved to spend some time there to see if it had any redeeming qualities I hadn’t noticed before.

There are a few things to like about it (I’ll get into those in a minute) but there is one absolutely glaring piece of Bad Show that I’ve just got to talk about. No, it’s not the brain-dead ride-thru that squanders a perfect opportunity to impart some facts about marine life in favor of having Albert Brooks as fish dad Marlon bleat “Nemo! Nemo! Where are you?” over and over and over. And it’s not the stupid animated fish that are projected, via the Pepper’s Ghost effect, into the tank to distract people from the actual marine life that’s swimming around in plain view. No, this is much worse.

One similarity that The Seas With Nemo has to its predecessor is that it purports to take visitors on an imaginary trip under the ocean. The Living Seas used the hydrolators to create the illusion. You took a hydrolator “down” to the Seabase (before 2001, the hydrolators exited into the load area for the brief Seacab ride) and when you were ready to leave the pavilion you had to take another hydrolator back “up” to ground level. It would have undoubtedly been more practical to just have a row of glass doors leading outside instead of a row of hydrolators, but in those days Disney spared very little expense to maintain whatever illusion a particular ride was supposed to create. Not anymore.

The old preshow theater and hydrolators were replaced by an elaborately themed queue are designed to create the illusion that you’re starting on the beach and walking beneath the ocean, and the ride is designed to further enforce the notion that you are beneath the ocean, and when you’re deposited into the Seabase you’re still supposed to be under the ocean (anyone sense a pattern here?) but when it’s time to leave you . . . 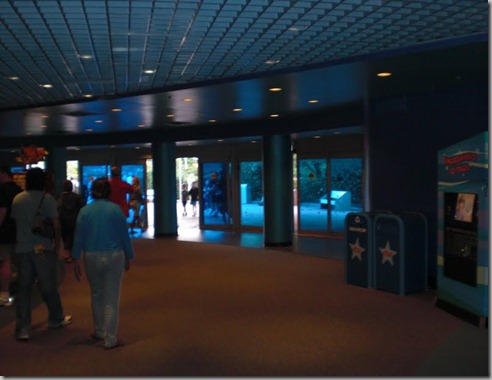 . . . just walk out the door. Oh, but the doors are tinted blue, like the ocean! Yeah, that’s a great effect, if this was a city aquarium somewhere. But this is DISNEY WORLD, for crying out loud! It costs eighty bucks to get in; they’re supposed to be better than this! What the frak happened? Would it really have been that expensive to leave the hydrolators there and just re-theme them a little? Oh, but that might have cut into the real estate allotted for the all-important gift shop, which sells valuable t-shirts and other merchandise that you can’t buy anywhere else except at every other gift shop in Disney World.

I’m certain that the Imagineers who worked on this project hated this solution for the exit area. Yes, I’m positive that it was forced upon them by whatever pointy-haired empty suit that management put in charge to ensure that everything was done as cheaply as humanly possible according to Disney’s high standards of quality. Since I’m not an insider, I have no idea who this person is, but I’ve added them to my On Notice board. (If you don’t know what an On Notice board is, then you really need to watch The Colbert Report)

Of course, I can’t lay all the blame on empty-headed executives. Not empty-headed Disney executives, anyway. No, this whole thing is really the fault of empty-headed United Technologies executives. As I’ve mentioned in the past, they vetoed WED’s bold original Seas pavilion concept in favor of the cheaper-to-build-but-somewhat-lacking-in-zazz Living Seas that opened in 1986. If the original concept had been built, a Nemo-themed overhaul would have been a far more expensive proposition and probably would never have happened.

You might notice that I’ve reserved my negativity for the ride-thru and exit areas of the pavilion only. That’s because the Seabase still has a lot of educational material in it. Most of this material is geared specifically towards children, but it contains lots of facts that most adults don’t know. Sure, many parents will hurry their kids directly from the clammobiles to Turtle Talk, and then off to their next destination, but you can hardly blame Disney for that. And on my recent visit, I saw many families lingering in the seabase, and lots of kids excitedly oohing and aahing over all the marine life in the tank. And although there was no line at all for the ride, the Seabase was fairly crowded, meaning that those families had been there a while. It was nice to see.

So, the next time you’re in EPCOT, visit The Seas. Scowl through the ride, enjoy the seabase, and as you exit the undersea environment by (sigh) walking through some blue-tinted doors, don’t just curse Disney executives, curse United Technologies executives. They’re on notice, too.