The Real Problem With Tomorrowland 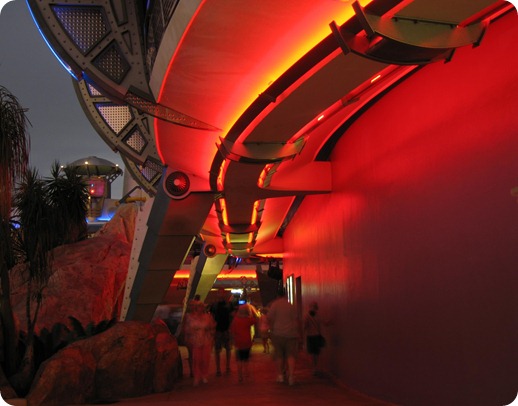 The Walt Disney World fan community is more or less united in the belief that there’s something wrong with Florida’s Tomorrowland. The most common complaint, aside from the existence of Stitch’s Great Escape, is that Tomorrowland has turned its back on a realistic future in favor of a fantastical “future that never was”. I don’t really see that as a problem, and here’s why:

The original intention at the first Magic Kingdom park, Disneyland, was that the overt fantasy be restricted to Fantasyland. The other lands were more or less based on reality, or at least reality as we perceived it in 1955. Main Street was supposed to simulate a real turn-of-the-20th-century American town, something that was an actual childhood memory for some of Disneyland’s early guests. Adventureland’s sole attraction, the Jungle Cruise, had not yet acquired the comical edge it has today but was presented as a “real” trip into the jungle. Westerns were still hugely popular, and Frontierland was presented as an actual tribute to America’s past and the “frontier spirit” of the people who settled the West (as was customary back then, very little attention was paid to the fact that there were already people in the West when the white settlers got there). It’s worth noting that, since the days of the Old West were only 70-90 years in the past in 1955, it’s not outside the realm of possibility that an elderly visitor to 1950s Disneyland might have childhood memories of that time. Finally, Tomorrowland-with an attraction lineup that included the Monsanto Hall of Chemistry and the Kaiser Aluminum Hall of Fame-was devoted to real science and technology.

Let’s compare that to today. I’d argue that the areas of the Magic Kingdom that once allegedly represented aspects of the “real world” no longer do. The American Main Street of the 1900s is too far in the past to serve as a nostalgic touchstone to anyone. The idealized, sanitized Old West of Frontierland never really existed, and the same can be said of Adventureland’s Afro-Poly-Caribo-Asiatic tropical pastiche. Really, adjusting Tomorrowland to represent a fantastical “future that never was” caused it to be more consistent with what the rest of the park has become.

Still, I believe that the 1994 Flash Gordon overhaul created a problem that didn’t exist before. You see, this was one of the few times where Michael Eisner’s edict that everything had to have some kind of a backstory actually worked. The storytelling details that peppered the land-from the drone of the pre-2010 TTA announcer to the posters advertising the Tomorrowland Towers Hover-Hotel and the Leonard Burnedstar concert-really helped to create a sense that the Tomorrowland you could see was a tiny sliver of a much bigger retro-futuristic metropolis. They also whetted your appetite for some kind of an immersive family attraction that would take you on a tour of the “invisible” Tomorrowland that was implied but not seen. Sadly, no such attraction exists. The result-at least in my experience-is that walking through Tomorrowland creates a kind of indefinable frustration. The storytelling details are telling you that there should be something more there, but none of the land’s attractions adequately scratch the itch that those storytelling details create. It’s a real shame, too, because I really think that the presence of a satisfying family attraction that immersed you in Tomorrowland’s retro-futuristic theme would serve to lessen the antipathy a lot of us feel towards the land as it currently exists.

I certainly don’t have enough of a knowledge base to do any armchair Imagineering, so I don’t have a detailed idea of how such an attraction would work or where it would go. I just know it’s something that I keenly feel the absence of.

We’re not through with Tomorrowland yet. I’ve got a post in the works about the land’s Holy Grail, the Carousel of Progress, and farther into the future you’ll see an article about the history of space rides at Disneyland and Disney World. Thanks for reading!

The Walt Disney Company has created a monster. I’m sure that’s not what they set out to do. They saw the success the various Comic-Con style conventions were having and decided that all those Disney fans out there would relish the chance to pay admission for the privilege of crowding into a packed convention center to buy overpriced merchandise and have the company’s newest offerings aggressively marketed to them.

However, as is often the case when Disney tries to copy what all the cool kids are doing, they made a critical mistake. One of the main things that makes Comic-Con so popular, besides the Slave Leia cosplayers, is the announcements about various upcoming things. There’s always news about some highly anticipated comics event, genre film, or TV show. People are conditioned to expect Big Announcements at these types of conventions, and therein lies Disney’s problem. You see, the stuff that’s promoted at the annual Comic-Con is generally stuff that will hit the market before the next year’s Con. Studios don’t use Comic-Con to promote projects that are several years from seeing the light of day. That’s exactly what Disney did, though, when they announced the New Fantasyland project for Florida’s Magic Kingdom at the first D23 Expo in 2010. Now we’re conditioned to expect big announcements at every Expo.

So, when  the Parks and Resorts presentation at this year’s Expo failed to yield anything new, the online Disney fan community erupted with howls of outrage. The way it sounded, you’d think the Walt Disney Company killed their dog. People I like and respect were comparing the company to an abusive boyfriend, because the plight of abused women is so similar to that of aggrieved Disney parkgoers with a sense of entitlement, isn’t it?

Disney has really painted themselves into a corner with this Expo thing. They’ve pretty much guaranteed that every Parks and Resorts presentation from now until the end of time will have one of the following outcomes:

Let’s get real, guys. Disney is in the middle of three large projects: WDW’s New Fantasyland, California’s DCA overhaul, and Shanghai Disneyland. Neither will be finished anytime soon. If you seriously think that Disney has done you wrong by not announcing another E-Ticket attraction this year, then your car has arrived: 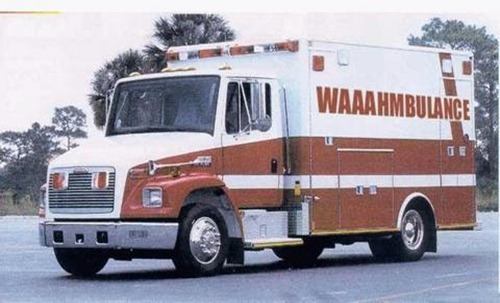 The Birds Are All Right

Well, the moment hardcore WEDHeads dreamed of but scarcely believed they’d live to see has actually come. It came yesterday, actually, when the restored Enchanted Tiki Room opened its doors, forever free of the excerable Iago-and-Zazu overlay that had been inflicted upon it during the Dark Ages of the late 1990s. Before the Internet, those of us who are unable to drop everything and scurry down to Disney World whenever we feel like it would’ve had to rely on secondhand accounts or even worse, Disney marketing-babble, to tell us what the show was like. That being said, thank the Tiki Gods for technology! 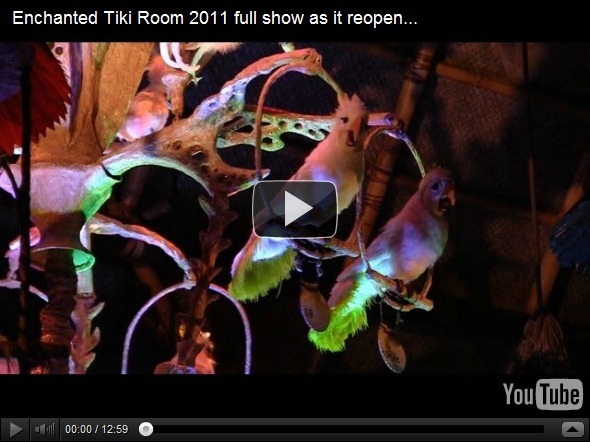 Obviously, watching a video is no substitute for experiencing the show in person, but here are my preliminary thoughts:

Imagineering did a good job on this. I admit to being a tad disappointed to lose the “Let’s All Sing Like The Birdies Sing” sing-along, but I think it was a wise omission. Florida, after all, has a greater percentage of first-time visitors than California does, and the sing-along is more geared to repeat customers. I don’t much mind the loss of the Enchanted Fountain, either. The show moves along just fine without it.

Back in January, after the sheer awfulness of the Under New Management Show caused it to spontaneously combust, I was eager for a return of the original show. Still, I wondered if audiences would just get bored and walk out in the middle, the way they were doing in the ‘90s shortly before Iago and Zazu took over. Only time will answer that question, but it looks like the Imagineers have done a great job editing the show down in such a way that maintains its essence without dragging on in a way that would grate on modern attention spans. The average visitor who doesn’t have the original show audio on their iPod won’t even be able to tell where the cuts where made.

I don’t know when I’ll be back in the Magic Kingdom again, but whenever I return, it’ll be nice to know that, instead of scowling at the Under New Management sign as I pass the Sunshine Pavilion, I’ll be able to go inside and enjoy a charming show with no obnoxious interruptions. And since my wife never got to see the original show, it’ll be nice to be able to share this reborn classic with her.

Thanks so much for reading. I’ll be back next week with another post about Tomorrowland.

On my last few trips to Florida’s Magic Kingdom, I’ve often found myself longing for the pure, unspoiled pre-Flash Gordon Tomorrowland of my childhood: 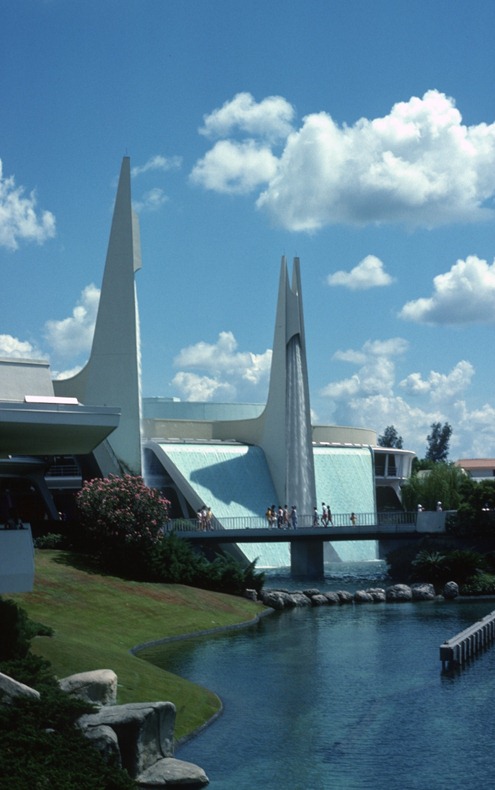 The funny thing is, the last time I was there I didn’t feel that way at all.

It was 1992. I was 14 years old, and my family was on a day trip to the Magic Kingdom. Even though park maintenance had not yet begun to slip the way it would later in the decade, Tomorrowland felt like an abandoned corner of the park that the Imagineers had forgotten about. More than anything else, it reminded me of Marineland.

Marineland was Florida’s first theme park, a kind of proto-Sea World. Located just south of St. Augustine on A1A, it opened in 1938 and remained popular with tourists well into the 1970s. I made frequent visits on school field trips and family outings during the ‘80s, but by then Marineland had entered into a sustained period of decline thanks to the opening of Sea World. I didn’t notice it when I was in elementary school, but the last trip we made to Marineland was in 1990, and by then even my dense twelve-year-old self could tell that the park had seen better days. Marineland in 1990 was quaint, creaky, and obviously old. Just like Tomorrowland in 1992.

Unfair, you say? Let’s take a look at Tomorrowland’s 1992 attraction lineup. Guests entering the land from the hub were greeted by two attractions that anchored Anaheim’s Tomorrowland when it opened in 1955: Mission To Mars (which was really just Flight To The Moon with a different film) and a CircleVision theater. Pushing farther into the land you had Delta Dreamflight, a ride that was charming, but looked a whole lot like a scaled-down, cheaper version of EPCOT Center’s more elaborate Omnimover attractions. The final scene of the Carousel of Progress was showing audiences of the 1990s what people in the late 1970s imagined life would be like in the late 1980s, and the Grand Prix Raceway was another Disneyland original that was no more futuristic in 1992 than it is today. Compared to EPCOT Center’s sleek, modern Future World, Tomorrowland looked about as pathetic as Marineland did when compared to Orlando’s sleek, modern Sea World.

It’s tempting to look at today’s Tomorrowland with its visual clutter and its crass Licensed Character-infused attractions and think that everything would be perfect if we woke up one morning to find it magically restored to its pre-1994 iteration. That might satisfy a tiny minority of the Disney fan community, but it wouldn’t play well with the general public, that’s for sure. And if we take an objective view, I think even hardcore WEDHeads like me would admit that the old Tomorrowland is best left in the past.