The Perfect Intersection of Time and Place 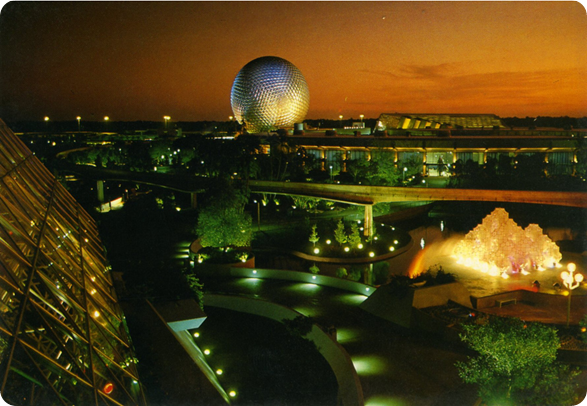 It started with a question on the Discussion Kingdom forums:

“I've been checking out the site for a few hours. I see a lot of love for EPCOT . . . I just want to know why are so many people so passionate about EPCOT”

So I got to thinking: why is there so much affection for old-school EPCOT Center? I’ve done a lot of thinking about this, and I’ve formulated a theory. Tell me, what goes through your mind when you see this picture? 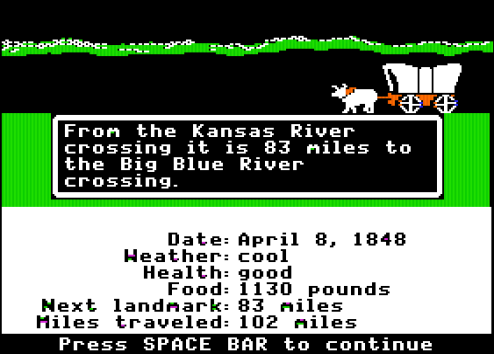 Besides dysentery, I mean.

If you belong to the generation that grew up playing Oregon Trail on Apple II series computers in school, you’ll probably react with recognition and nostalgic fondness. “I remember that game!” you’ll say. “It was fun!” If you don’t belong to that generation, though, such fondness would be hard to understand. For a child of the 21st century, it’d be downright inexplicable. Only someone who grew up in the 1980s, when Oregon Trail and Apple II computers were state-of-the-art could really understand it.

And so it is with EPCOT. The Future World of the 1980s, where you could talk to a robot via telephone and use a computer touchscreen to make restaurant reservations or color a picture, was a wondrous place because it was the only place you could do those things. Today you can do them all with an iPhone and access the sum total of all human knowledge from almost anywhere.

In the early 80s, our perceptions of what the 21st century would bring were shaped by the nascent personal computer revolution and the brand-new Space Shuttle program. EPCOT Center was perfectly calibrated to showcase the future as we envisioned it then. When things went in a different direction, in many ways the park was unable to adapt. Unlike the experiences at the Magic Kingdom, which are basically timeless and can continue to appeal to new generations with only minor upgrades, many of the experiences offered at EPCOT Center’s Future World resonated best with kids in the 1980s, and their appeal does not translate to successive generations.

I’m not saying that the stuff that replaced Horizons, World of Motion, or CommuniCore is better. But when someone outside my age group scratches their head and says they just can’t fathom why some people would rather watch a Horizons ride video than ride Mission:Space, I’ll understand where they’re coming from.

Steve Jobs didn’t invent the personal computer or the graphical user interface. He didn’t invent MP3 players, tablet computers, or smartphones. But those devices have made such a huge impact on our lives largely because of his efforts. While other companies rolled out watered-down products designed by committees and focus groups (Microsoft’s Windows-powered Smart Displays, for example), Apple under Steve Jobs’ leadership consistently cranked out amazing stuff we never knew we wanted until we saw it.

So thank you, Steve Jobs. Thank you for the 21st century.