As the Fantasyland expansion project at Florida’s Magic Kingdom inches toward completion, you’d think that it would be the main topic of conversation in the online Disney fan community. And you would be wrong. Fantasyland is already old news. No, the big topic of conversation these days is the NextGen initiative, which encompasses things like interactive attraction queues and parkwide games like the new Sorcerers Of The Magic Kingdom and is moving implacably toward a new system called XPass.

I’m not going to talk much about XPass here because most of what we think we know about it comes from one source and there’s been no official information released as of yet.

I am, however, going to talk about the parts of NextGen that we do have today: interactive queues and (briefly) Sorcerers of the Magic Kingdom. This little Groucho Marx ditty nicely sums up my feelings about them: 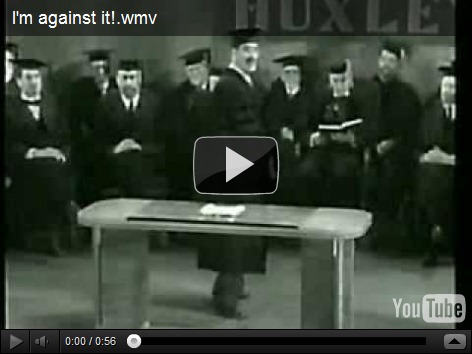 Now I know what you’re probably thinking: I’m a curmudgeonly fanboy who hates change and wishes Disney World would stay forever frozen in the year 1989. But that’s not it. Nor do I object to the implementation of new technology. Heck, I love new technology. But here’s the main reason why I have a problem with NextGen:

The company is spending over a billion dollars on it while existing attractions and facilities are deliberately allowed to fall apart or stand empty.

A perfect example of this is Peter Pan’s Flight. It’s a very popular attraction, kids love it, and it always has a long line. It’s also basically the same ride that opened at Disneyland in the ‘50s, and as maintenance at Walt Disney World has fallen by the wayside, it’s begun to look rather musty and dilapidated. A few new effects, maybe a modern Animatronic or two, and some general TLC would go a long way toward making the attraction fresh and new again. So that is not what Disney is doing. Instead, they’re going to be putting in an interactive queue, presumably with touchscreen video games for people to play while they’re waiting. That’s a bit like getting an expensive paint job for a rusted-out car. And while interactive queues are great for rides like Soarin’ that are not continuously loading, all they do for rides like Peter Pan or Space Mountain is slow things down.

What about interactive games, like the new Sorcerers of the Magic Kingdom? From what I’ve heard, it certainly seems to be popular with kids. But it also seems to be causing traffic problems by causing lines to form where none were ever intended to be.

If all four parks on the Florida property had reached ideal buildout, every attraction was well-maintained and the infrastructure was in good shape, then I could see this NextGen thing as a good idea. But as things currently stand, it’s just a shiny object dangling in the face of clueless senior management, distracting them from the real improvements the resort needs.

And that’s why I’m against it.