It’s been said that nobody sets out to make a bad movie. 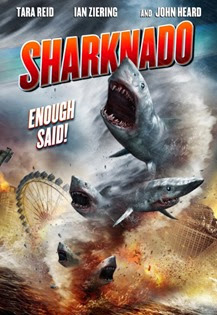 For example, William Shatner once set out to make a Star Trek movie that would be a sweeping epic, combining high adventure with a profound spiritual journey for the characters. And we ended up with Star Trek V. 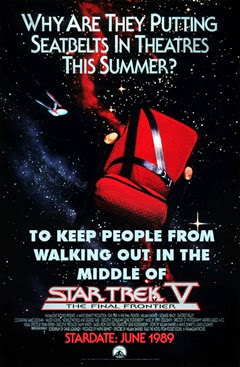 The Final Frontier’s failure was almost guaranteed from the beginning, though, because the story was built around an inherently bad idea: the Enterprise crew setting out to physically locate God. Sure, there were a lot of other problems with the production: a writers’ strike, budget cuts, etc. But you can pretty much draw a straight line from the bad idea at the beginning of the creative process to the cinematic cow pie that came out the end. However, some bad movies start out as fairly good ideas. Or at least ideas that sound good at first. For example, Star Trek: Insurrection.

A very important piece of tie-in merchandise for Insurrection was to have been a book, penned by screenwriter Michael Piller, that detailed the entire creative process behind the film, from initial idea to finished screenplay. Had Insurrection been successful the book would have been a splendid commercial for it. But when the movie sputtered like a wet firecracker the studio decided that they’d rather not publish its post-mortem. So Piller’s book went unpublished. However, the manuscript surfaced online a while back, and I was able to read it before it was pulled. Here, then, is a condensed summary of the various forms Insurrection’s story took from concept to finished script. It’s a fascinating look at how Hollywood can turn a guaranteed crowd-pleaser into a dirt sandwich.