Saddle Up For The Soarin’ Stampede!

I’ve mentioned this before, but I really admire the people on the Walt Disney World Mom’s Panel. No doubt you do, too, if you’ve ever spent some time reading the questions they’re asked. But maybe you’ve wondered, what if those questions were answered by someone without superhuman reserves of cheerfulness and patience? Someone less like Mr. Rogers and more like Dr. House? What if they were answered . . . by a WEDHead?

Well, wonder no longer! Here are the latest batch of real-ish questions and answers from the WEDHead’s Panel!

Q: How much does it cost to swim with the sharks at The Seas With Nemo? –C. Snozzwanger, Boise, ID

A: Trust me, swimming in the shark tank costs more than you can afford. But if you walk up to me and call Spaceship Earth a "giant golf ball", I'll throw you in there for free!

Q: I did the Leave A Legacy Program back in 2000. Is there any way to view my picture online without visiting the park? –L. Hornswoggler, Baltimore, MD

A: If I understand your question correctly, you're asking if there's any way to view a low-quality black-and-white picture of yourself on the Internet. And the answer is no. You have to go to Epcot and purchase a full-price admission for everyone in your party. It costs an extra $100 to look at your Leave A Legacy tile, but if you can find me I’ll let you see it for only $75.

Q: Is it possible to see Illuminations from the Garden Grill Restaurant? –P. Whangdoodle, Ames, IA

A: Sure! All you need is a very long telescope and a drill to bore a hole in the wall of the Land pavilion. You'll get a great view of Illuminations before you're apprehended by Security!

Q: My family has an 8:30 breakfast reservation at the Crystal Palace, but the Magic Kingdom doesn't open until 9:00. How will we be able to get in? V. Knid, Jacksonville, FL

A: Your best bet is to camp out on Tom Sawyer Island the night before, then swim to shore in the morning and walk to the Crystal Palace. With any luck, only a few of you will drown or be eaten by alligators.

A: Front row, next to Tom Servo and Crow T. Robot.

Q: In your opinion, what is the most popular thing at Epcot? -V. Salt, Hahira, GA

A: Without a doubt it's the Soarin' Stampede. What's the Soarin Stampede? I'm glad you asked! The Soarin' Stampede is the mad rush to The Land pavilion that occurs right after rope drop. Actions that would be considered extremely rude at best or felony assault at worst are perfectly acceptable during the Soarin' Stampede! Trample the elderly! Trip children! Anything goes in the race for a Soarin' FastPass! Soarin' Fastpasses are worth more than gold and have the power to raise the dead! I mean, why else would people make such idiots of themselves just to get hold of a slip of cardboard that grants them the right to wait in a forty-five minute line five hours from now, when they could just hop in the Standby line right away and wait for only fifteen minutes?

Q: Umm, were you being sarcastic just now?

A: I honestly don't know.

Well, that’s all for today’s WEDHead’s Panel! Tune in next time when the WEDHead’s Panel will answer such well-formulated questions as “Are Mickey in the epcot ball?”

As long as I can remember, my three favorite things have always been (in no particular order) Star Trek, Disney World, and Superman. This blog is mainly about Disney World, and I’ve written about Star Trek from time to time, but this is the first time I’ve been compelled to write about Superman. The reason, as you might have guessed, is the recently-announced Giant Reboot Of The Whole DC Comics Universe.

There’s a lot we don’t know at this point, but it seems that Superman will get the most drastic changes, with a new origin and even a new costume: 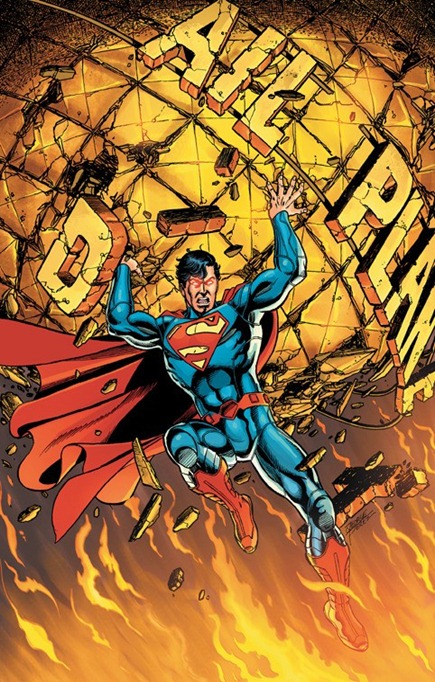 Okay, why does he need a belt if he no longer has the red undershorts?

So what’s the reason for all this? After all, this will be the third new origin Superman has been given since 2003. Well, since the reboot is being coupled with a new digital distribution scheme it’s obvious that DC is trying to create a jumping-on point for new readers. Unfortunately, there may be an even more nefarious reason for the big changes coming to Superman: lawyers.

You see, a court has ruled that the rights to the Superman’s first appearance in 1938’s Action Comics #1 should revert to the family of co-creator Jerry Siegel. I’m no expert in coypright law, but based on what I’ve read elsewhere this means that the Siegels now own all the elements of the Superman mythos that appeared in that seminal issue. This would include his classic costume, his Kryptonian orgin, his power of invulnerability, and Clark Kent’s job as a newspaper reporter with a gruff editor and a co-worker named Lois. The theory in most Superman fan circles is that this new version of Superman has been designed to excise those things. This amounts to having lawyers make creative decisions, and that’s a very bad thing.

There are already Superman-like characters that are designed to be similar to him, yet different enough to avoid claims of copyright infringement. It doesn’t matter if DC still has the right to publish comics about a character named Superman who wears the S-shield on his chest, if he’s missing half of the Superman mythos then he might as well be Mr. Majestic, Samaritan, Supreme, or any of the other knock-off characters we’ve seen over the years.

The worst-case scenario here is that Warner Brothers (DC’s parent company) and the Siegels will be unable to come to terms, and that both parties will market their own versions of Superman using the pieces of the character that they each own. This would obviously be a disaster. Hopefully, both sides realize this and reach some kind of a settlement.

The only reason I have for optimism here is that Grant Morrison, author of All-Star Superman, the most perfect Superman story ever, is involved with the reboot and will be writing Action Comics. My hope is that the “new” Superman will end up a lot like the proposed Superman 2000 revamp that Morrison, Mark Waid, and Mark Millar proposed back in the late ‘90s.

Still, if Warner Brothers and the Siegel family can’t come to some kind of an agreement over the copyright issue, then not even Grant Morrison will be able to save Superman. And that would be a shame.

When it first moved into the space formerly occupied by CommuniCore, EPCOT’s Innoventions was touted as a high-tech playground of the future, a sort of permanent consumer electronics show. Just check out this commercial from its early days (I apologize for the poor video quality) 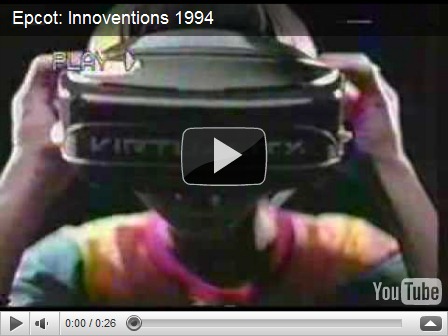 Today, of course, the high-tech experiences at Innoventions once offered have been replaced by the Wall O’ Video Game Consoles You Can Get At Wal-Mart. 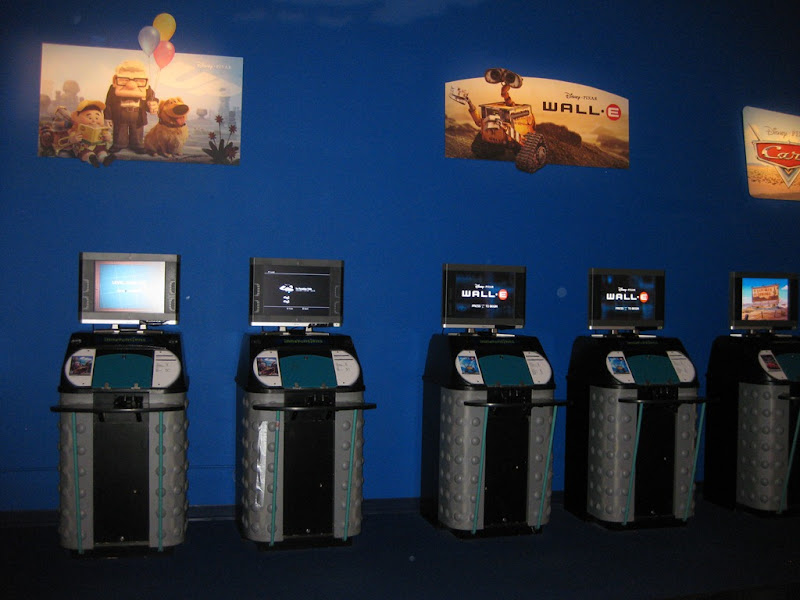 It’s like the run-down arcade at your local movie theater, but with older games

Okay, that’s not entirely fair. Sum of All Thrills is pretty cool. But outside of that Raytheon-sponsored exhibit, Innoventions looks pretty bare these days. The last few times I’ve been to EPCOT, you know what I’ve noticed about Innoventions? Nothing. Large expanses of it, in fact. And that’s the real problem with the place. Disney just can’t seem to secure enough corporate sponsors to fill all the exhibition space, leading to large tracts of vacant real estate. Last week, WDWMagic reported that the House of Innoventions is returning, and it will occupy the now-empty space across from the Waste Management exhibit (also known as the “what the heck is a big green garbage truck doing in Future World?” exhibit). However, the Waste Management exhibit is going away, so really we’re just trading one piece of empty space for another.

So I have an idea. Since Disney is never going to get corporate sponsors for every piece of Innoventions exhibition space, why not consolidate all the exhibits into just one side of the pavilion, say Innoventions East? Innoventions West could be converted into an A or B ticket attraction like a scaled-down version of Adventures in Inner Space or a Horizons simulator, something inexpensive but true to the spirit of EPCOT. That way, Innoventions could be the busy, bustling place it was supposed to be, and we’d get a little piece of that EPCOT Center magic back.

I doubt this will ever actually happen, but it should.