A while back I idly wondered what would happen if you found your average, non-geek member of the general public who had just taken a trip to EPCOT, handed them a blank map of the park, and asked them to name all the attractions. The result, I imagined, would look something like this: 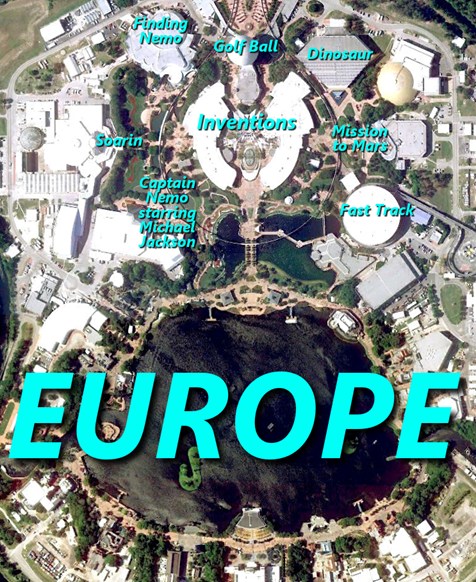 I posted the above image on Twitter and it got a lot of laughs and many expressions of agreement. No one seemed to disagree with its premise-that the millions of people who visit EPCOT every year leave with a fundamental ignorance of what the park contains.

What’s the reason for this phenomenon? Is the general public stupid? Of course it is! After all, Mr. T couldn’t have made a career out of pitying fools if there weren’t so darned many of them. 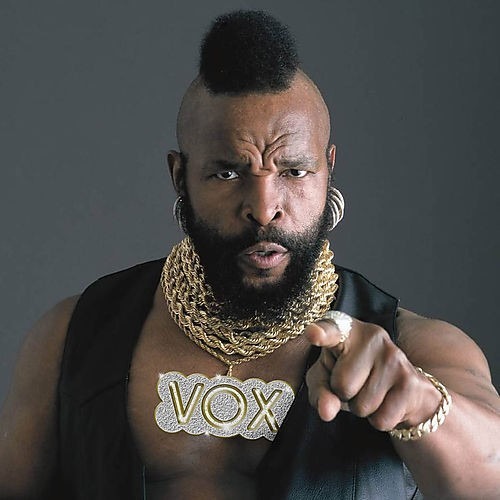 “I pity the fool who says the general public’s not full of fools!”

Still, most members of the general public can identify Cinderella Castle, Space Mountain, Pirates of the Caribbean, and It’s a Small World as things that are in the Magic Kingdom. So why are they largely ignorant about EPCOT even once they’ve been there? I think a lot of it has to do with what it takes for a theme park attraction (and by extension a theme park itself) to sink into the public consciousness.

I think there are two criteria that need to be met for that to happen:

The second point is especially important because it builds a sort of generational loyalty. Ask yourself: why is a low-tech ride like Peter Pan’s Flight so popular? It has the unique aspect of having the ride vehicle hang from the track, so you get a slight sensation of “really” flying without being too intense for little kids. But a big part of its popularity is generational: people are taking their kids on it because their parents took them on it when they were kids, and they want to pass along that fond childhood memory. Same thing with Dumbo and It’s A Small World.

And here’s where EPCOT falls short. Because its attractions tend to vanish or drastically change every time a pavilion loses its corporate sponsor or gains a new one, they’ve never been able to get any long-term traction. Rather than receiving incremental updates that allowed them to stay current whilst preserving the essence of the attraction, most of the stuff that enthralled young school-age visitors to EPCOT Center in the 1980s-like Horizons and the upstairs ImageWorks-is long gone.

Because EPCOT doesn’t have any attractions with the long-term popularity of Pirates of the Caribbean, Peter Pan’s Flight, or even Dumbo, people don’t go there with a firm idea of what they’re going to experience like they do when they visit the more familiar Magic Kingdom. Therefore, their memories of the place are not as easily catalogued, and they don’t remember it as well as the Magic Kingdom or the other parks that offer more familiar experiences like roller coasters or shows based on popular movie characters.

EPCOT might be turning the corner a little bit, though: Test Track, which has been an audience favorite ever since it opened in 1998, is getting a glowy, TRON-looking upgrade that updates the attraction while keeping it recognizable as Test Track. Its 20th anniversary is in just six years, which means that Test Track may soon be on the road to becoming a generational favorite as as the people that first experienced it as kids introduce it to their own kids-provided they meet the height requirement.

Still, EPCOT badly needs the kind of unifying philosophy it had in its early years. If that doesn’t happen, we’ll have another three decades of the park being known only as “that place with the giant golf ball”.