It amazes me how often well-established companies utterly fail at the one thing they’re supposed to do well.

Comic books are a visual medium. It’s not enough to tell a good story, you have to provide good pictures to go along with it. In fact, generally speaking a comic with good art and a bad story will sell better than one with a good story and bad art.

One of the ways that comic book companies like DC and Marvel attempt to maintain reader interest and drive sales is by having Big Events, which are kind of like the comic-book versions of summer blockbusters. These events usually have overblown names like Our Worlds at War, Infinite Crisis, Final Crisis, and so forth. Along with the announcement of such an event, it’s customary for the comic companies to release a piece of art from the event as well, to set the comic book fans a-salivating.

Yesterday, DC announced their big “event” for 2010, a Superman-themed storyline entitled “War of the Supermen”. Although I’m not a regular reader of comic books, I am a big Superman fan, so this naturally piqued my interest. Then I saw the accompanying piece of art: 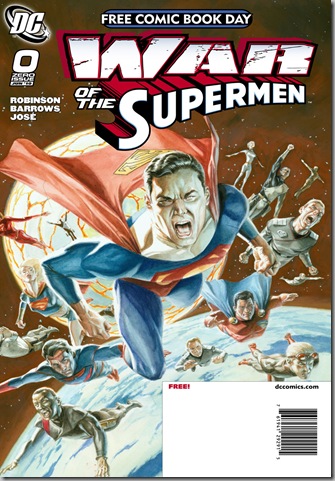 “Mommy, why does Superman look like he has the runs?”

Rather than getting me excited about the upcoming event and causing me to want to know more, the only question I have after seeing this picture is “Why does Superman look like Sheldon from The Big Bang Theory?”

It would be like if a new Transformers movie were announced, and the teaser poster looked like this: 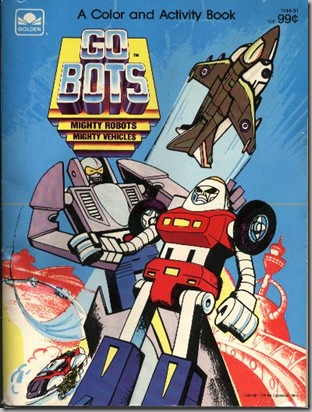 It amazes me that a company like DC that’s been a leader in its field for the better part of a century still has trouble grasping basic truths such as “people don’t like ugly pictures” and “Superman is not skinny”. Fortunately, the above picture is the cover on a book that DC will be giving away for free as part of something called “Free Comic Book Day.” Which was a good move, because I can’t imagine anyone would want to pay for it.