Off to the World

Well, in less than 48 hours I’ll be on my way to Disney World for a five-day stay. I hope to bring back enough pictures and observations to fuel several more months of posts. I’m especially looking forward to spending an extended amount of time in the World Showcase, and I’ve resolved not to rush through Innoventions like I did the last few visits. Hopefully I’ll find some good stuff there. (In Innoventions, I mean. I know there’s good stuff in the World Showcase).

I also want to take a moment to thank the people who do me the honor of reading these insane scribblings of mine. You’re the best!

So here we are, ten years into the 21st century. We don’t have hoverboards, flying cars, robot butlers, floating cities, holographic videophones, giant space colonies, cities on the Moon, or neon-colored jumpsuits with plastic booties, but at least we have Twitter. That’s a good thing, right? 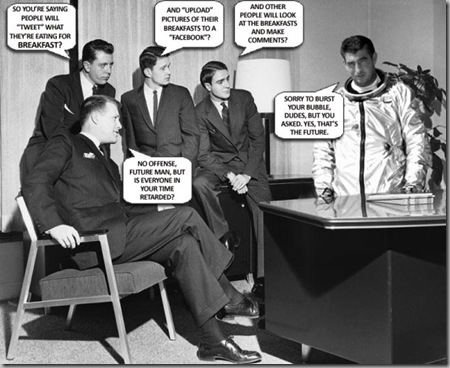 Maybe we really are doomed.

On the other hand, Spaceship Earth is still the most futuristic-looking twenty-seven-year-old building in existence. As a kid I imagined that most buildings would look similarly futuristic by 2010, but unlike flat panel TVs and ever-more-powerful computers, construction costs for edifices shaped like 180-foot spheres or multistory glass pyramids have not plunged into the realm of easy affordability. Ah, well. I guess there were Spaceship Earths all over the world, then the symbol of EPCOT wouldn’t be as unique. 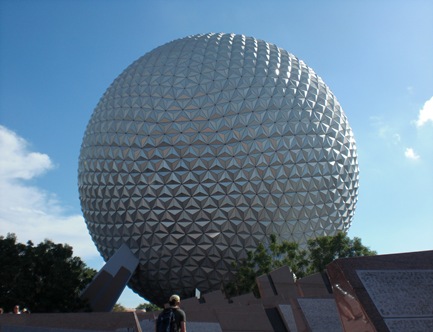