When the USS Enterprise was reimagined with a motion-picture budget during the making of the first Star Trek film, the production’s artists and set decorators had the opportunity to add a level of realism to the ship that had been impossible for their counterparts on the TV show a decade earlier. One of the more subtle touches they added to make the Enterprise feel like a “real” spaceship was to render all the ship’s signage in a standard font. They also created a series of easy-to-understand logos for the various shipboard departments and functions.

For example, just about all the doors on the Enterprise looked the same. How would a new crewmember be able to know if they were about to stroll into a turbolift or a transporter room? Well, each had their unique logos: 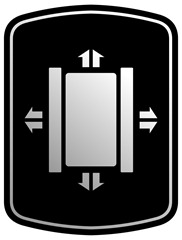 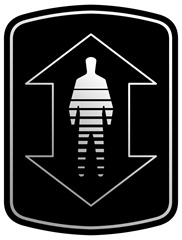 . . . and most doors were marked with a sign that incorporated the logo. Any verbal or numeric indication was rendered in the standard shipboard font. You can see what I’m talking about in this screencap:

The film’s artists also took the time to create a format for directional signage. For example, how would you know where Turbolift 1 or Docking Port 3 were? A bulkhead labeling system that incorporated the departmental logos, numeric indicators, and arrows was devised:

You see an onscreen example of this in the scene where Spock first comes aboard:

Wait, Spock’s shuttle is docked aft of the bridge, on Deck 1. This is the only docking port on that deck. Shouldn’t it be Docking Port 1 and not Docking Port 3? Man, I am such a geek.

Now, these are just tiny details. They’re barely on screen for a few seconds, and most filmgoers didn’t even notice them. Nevertheless, they worked on a subconscious level to make the Enterprise feel like a huge starship rather than an assemblage of plywood sets.

Ah, but what does this have to do with EPCOT? Well, as I’ve pointed out in the past, since Star Trek:The Motion Picture and EPCOT Center’s Future World were both products of the late 1970s they shared a very similar design aesthetic. Much like the newly-refitted 1979 version of the starship Enterprise, Future World’s signage also utilized a standardized font (known as World Bold) along with a series of easy-to-understand logos representing the various pavilions. This system was utilized on directional signs: 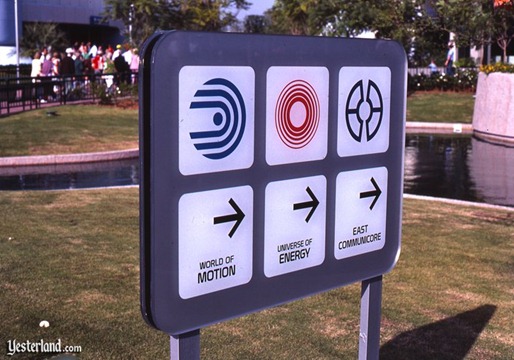 Photo by Werner Weiss of Yesterland.com. Used with permission. 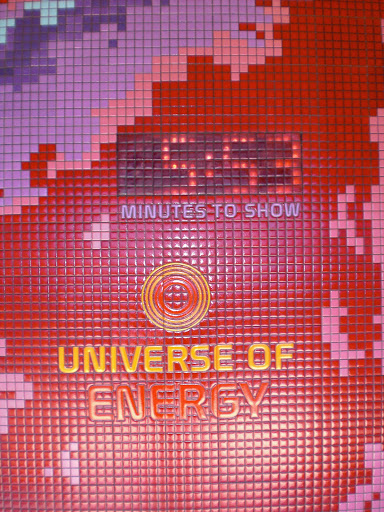 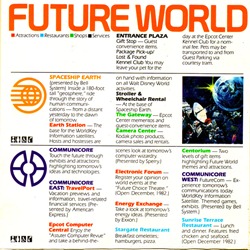 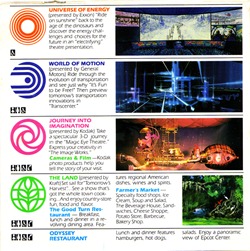 Even mundane real-world things like illuminated EXIT signs were rendered in the official font: 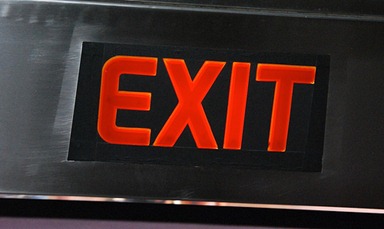 All of this made the various parts of Future World seem like interlocking pieces of an interrelated and greater whole. It contributed, if only subconsciously, to the park’s futuristic feel. Sadly, Future World began to lose its thematic cohesion in the mid-to-late 1990s. The circular pavilion logos disappeared, and as each pavilion was refurbished it gained its own unique signage. That part was understandable. After all, the corporate sponsors would naturally want the pavilion on which they were spending so much money to have its own identity. Less understandable is the way park management seemed to completely jettison Future World’s unified visual design in all other ways.

The signage in today’s Future World is an incomprehensible mish-mash of conflicting styles. For example, some signs still use the classic, still-futuristic-after-all-these-years World Bold font . . . 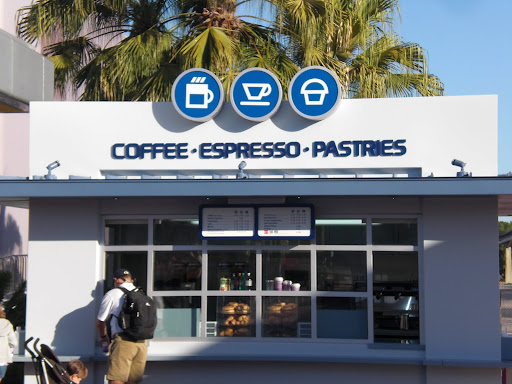 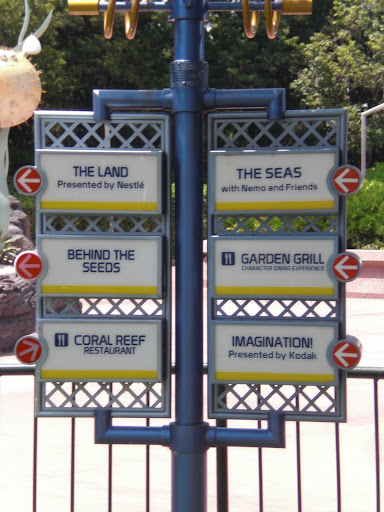 I love the font, but the rest of the sign looks like 1994 threw up all over it

. . . while other signs use some variant of Chicago, the original Mac OS system font: 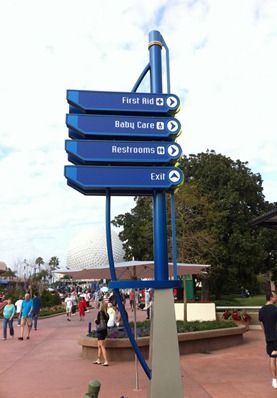 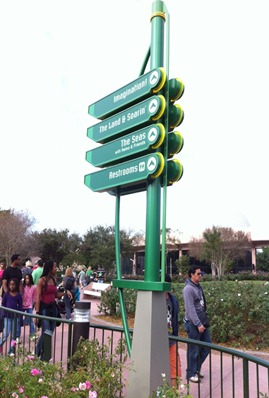 . . . and the sign above Guest Relations looks more like something that belongs in the Magic Kingdom’s Flash Gordon-inspired Tomorrowland: 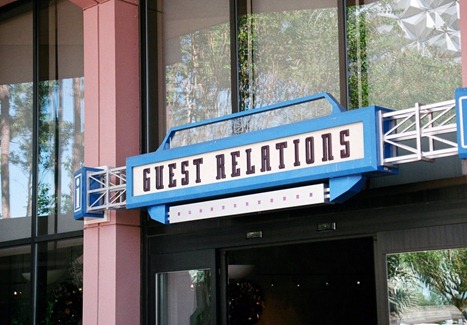 Even during the dark hours of Star Trek V: The Final Frontier, a movie packed with more lazy storytelling and hackneyed plot devices than a whole season of any Glen Larson production you care to name, the folks in the movie’s Art Department still cared enough to make sure that any signage you could see in the background of those creatively-bankrupt scenes fit into the design lineage that began with The Motion Picture:

If only Shatner had obeyed the sign, we might have been spared the horror of the Uhura Fan Dance

It’s a level of caring that seems to be sadly lacking at today’s EPCOT. Yeah, I know this is minor thing. The fact is that 99.9% of the park’s visitors don’t notice or even care about signage or a unified design aesthetic as long as they can quickly find out how to get to Soarin’ or Test Track or the Men’s room. Honestly, even diehard EPCOT Center geeks like me wish we didn’t have to care about this stuff.

I mean it. If you traveled back to the 1980s and asked the 10-year-old versions of me or any of my fellow Disney bloggers what we loved about EPCOT Center, none of us would have mentioned the signs. We would have talked about how much we loved choosing our own ending on Horizons, playing in the ImageWorks, or that part at the end of World of Motion where you ride past the mirrored wall and see a reflection of yourself riding in a futuristic bubble car. It was only when that stuff began to vanish that we fixated on the tiny details.

Here’s hoping that one of these days, those details make a return.