Last week when the five-year-old Cars Land-in-Florida rumor was resurrected by the Great Internet Speculatron, I got to thinking about the nature of reality.

I realize that sentence may raise some questions, like what does Cars Land have to do with the nature of reality? Also, what kind of chemicals are in the water where I am? So let me explain. For the last few years those of us who care about such things had resigned ourselves to the fact that there would be no Cars Land in Florida anytime soon, if ever, and that Disney’s Hollywood Studios would remain pretty much the same for the foreseeable future.

And then somebody on a message board who is generally believed to have inside information said that Disney was bringing Cars Land to Hollywood Studios. Some people loved the idea and some hated it, but for both groups Cars Land at the Studios was real. They were already picturing themselves walking down the Streets of America and seeing off in the distance a Radiator Springs Racers sign and those angled rocks from where Captain Kirk fought the Gorn. 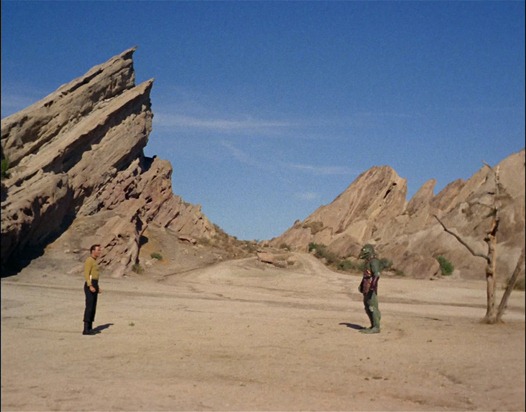 And as things began to cool down with more rumors that maybe John Lasseter was against the idea and the realization that Disney’s thick-headed Orlando executives would rather surgically remove their own spleens than spend money on anything that’s not a DVC resort, plus the simple fact that even if Cars Land was approved it’d be several years before it opened, the orangey-colored rocks and Route 66 trappings began to fade from our mental picture of the end of the Streets of America. The Lights, Motors, Action stadium stood there again, just as it always had in reality.

This whole thing reminds me of the early years of EPCOT Center, and the excitement surrounding the World Showcase's most prominent "coming attraction", the Equatorial Africa pavilion. The definitive EPCOT Center tome, Richard Beard’s Walt Disney’s EPCOT: Creating The New World of Tomorrow, devoted a whole chapter to it, with a fairly detailed breakdown of the shows and experiences the pavilion would offer. Equatorial Africa was prominently featured as a coming EPCOT attraction in the park’s early years. Alex Haley even appeared on the EPCOT Center opening-day TV special in 1982 to talk about it, and his segment ended with him and Danny Kaye promising to visit the new pavilion together.

My point is that for a couple years there in the early 1980s, the Equatorial Africa pavilion was real. Buildings had been designed, shows had been written, concept art had been widely released, and there was a big sign on the expansion plot between China and Germany promising that Equatorial Africa was coming soon. How many people stopped and imagined that, on their next trip to Florida, the African pavilion would occupy that empty space?  And you can be sure that if today’s Internet had existed then, there would have been long debates about the new pavilion: whether it had too many attractions or not enough attractions or whether there should be a Mount Kilimanjaro coaster or flume ride to give the area some thrills. But all of those announcements, promises, imaginings and pieces of concept art were rendered moot when Equatorial Africa was cancelled and we were forced to face the fact that it was never real at all.

Over the years, Disney has announced a lot more projects that never advanced past the concept art stage: things like WESTCot, Port Disney, and Disney’s America. Other projects were drastically scaled down: only half the original Animal Kingdom concept actually got built, and the sweeping Project Gemini that would have remade EPCOT’s Future World ended up consisting solely of Soarin’. Perhaps you think this would make Disney fans adopt a “wait and see” attitude about any new rumors or announcements.

The truth is that almost anything, be it an unsubstantiated rumor from someone who claims to have connections or a piece of concept art released on the official Disney Parks blog, is enough to whip the Disney fanbase into a frenzy of fiercely opposing viewpoints. Take Avatar Land, which is slated to open at Animal Kingdom at some point in the current century, unless it doesn’t. All that was announced was that there would be an Avatar Land at Animal Kingdom. That’s all. No concept art, no description of possible attractions, nothing. But that complete lack of data didn’t stop people from taking to the Internet to declare that Avatar Land would either be the best thing since penicillin or the worst thing since Rob Schneider’s career, and accuse the people who disagreed with them as being no better than the cowards who stood by and let Hitler overrun Czechoslovakia.

Now, the Disney fan community isn’t the only one that engages in this ridiculous behavior pattern. Right now there’s a segment of the online Superman fan community who has already decided that it hates the new movie Man of Steel, even though they haven’t seen it yet because it won’t be released until Summer 2013.

So, I’ve made a decision. By the power vested in me as a person who says things on the Internet, I hereby declare Kiri-kin-tha’s First Law of Metaphysics to be in effect online:

Nothing unreal exists, and no arguments about nonexistent things are allowed.

So, a Florida Cars Land? It doesn’t exist right now. It’s not real. So stop arguing about it. Avatar Land? It’s even less real than the Floridian Cars Land. No arguing about that either. If either of these projects actually gets off the ground and are actually built and opened, then they will be real and you can argue about them.

Okay, I’m going to get off my soapbox now. Later I’ll be back with a post about EPCOT’s logo, and as the 25th anniversary of Star Trek: The Next Generation gets closer I’ll have something about that.