If you have the Internet and use it to keep up with Disney-related things, then you know that this past Friday afternoon the official Disney Parks blog finally confirmed a months-old rumor; that the Norway pavilion’s Maelstrom ride will be converted to a Frozen-themed attraction.

One thing I love about Twitter is that it allows us to react to things in real time before we’ve really had a chance to think them over. Then we can scurry over to our blogs and write up a more thoughtful reaction, then go back to Twitter and tell everyone to check out our blog. It’s a circle of some kind. 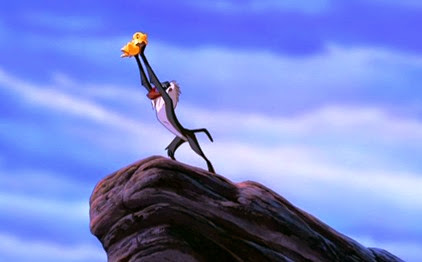 The first thing I tweeted in response to the news was this: 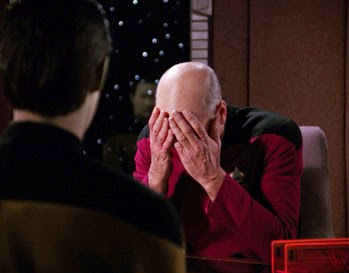 Then I tweeted this:

And finally I tweeted this:

To be fair, EPCOT has been dead for a long time. They're really just molesting the corpse now. And WS was never what it should've been.

And that’s pretty much where I am today. Putting a Fantasyland dark ride into EPCOT is a terrible idea, but at this point it doesn’t matter because almost everyone who really appreciated what EPCOT Center stood for doesn’t go to the park anymore. I realize that last sentence may be a bit controversial, so let me elucidate.

The generally accepted way to create a successful theme park is to take a bunch of preexisting intellectual properties that people like and build a bunch of rides, shows, shops, and restaurants devoted to them. As time goes on and your company churns out new pieces of intellectual property (or acquires them from other, more creative companies) you replace old rides and shows devoted to things that are no longer popular with new rides and shows devoted to your popular new stuff. EPCOT Center was something totally different. It was built around, not intellectual properties, but ideas like futurism and the joy of experiencing different cultures. People came to EPCOT for one of two reasons:

The people who loved EPCOT Center but still come to the park anyway belong to that first group. If you asked one of them, they’d probably tell you they’re a Disney fan. Understand I’m not criticizing these people. I’m just pointing out that they’re there. They keep coming to the park because the nostalgic feelings it gives them and their affinity for most things Disney allows them to enjoy themselves there. And that’s totally cool.

I belong to the second group. Yeah, I grew up with various Disney-related entertainment, but it didn’t inspire me or capture my imagination the way other things did. I loved EPCOT Center because of my preexisting interest in science and futuristic technology. When EPCOT moved away from those things and it became clear to me that the people in charge of the park did not care about them anymore, my interest in it declined accordingly. The fact that today’s lowercase Epcot occupies the same physical space and has a bunch of buildings that outwardly resemble those EPCOT Center pavilions I once loved is not enough to make a visit there enjoyable for me.

Now let’s talk about World Showcase for a bit. When I was a kid, I had no use for the place. Sure, part of this is because like most kids I was a cultural Philistine and World Showcase was too adult-oriented for me to appreciate yet. But Future World dealt with some pretty advanced topics, too, and it was my favorite place on the whole planet. The difference between the two was that Future World had rides and World Showcase didn’t. That wasn’t by design. There were always supposed to be more rides; a Rhine River Cruise in Germany, some kind of gondola ride in Italy, and unbuilt pavilions like Spain, Venezuela, and the Soviet Union were also supposed to contain rides. But for various reasons the plans for each of these fell through. As a result, World Showcase has always been kind of dysfunctional. Adding the Norway pavilion with Maelstrom in 1989 was absolutely a step in the right direction. Changing this fanciful but mostly reality-based tribute to Norway into a showcase for a cartoon just because that cartoon did Avengers-level business at the box office is a massive step in the wrong direction.

At this point you might say “Dave, I see where you’re coming from. Disney should using one of those empty World Showcase expansion pads for their Frozen ride!” If this is your opinion, let me respond thusly:

A trait that all the very best EPCOT attractions shared was their refusal to talk down to the audience. They managed to handle complex grown-up topics in ways that were entertaining but also assumed that you had a brain. What message does plopping a Frozen ride into the Norway pavilion send? This: “Hey audience, there’s no way the country of Norway could possibly interest you because all you care about is stuffing your face with mass-market entertainment! So here’s another helping of that!” Putting a Fantasyland ride into World Showcase goes against everything that World Showcase is supposed to be.

There have been some efforts to get Disney to reverse their decision by using the hashtag #SaveMaelstrom, apparently because if you can get a hashtag trending on Twitter it somehow bends the fabric of the space-time continuum and makes the thing you’re trying to accomplish magically happen. These efforts are not going to work any more than the hashtag #LessExplosionsAndSexismPlease would move Michael Bay to completely change his style of filmmaking. The people who ran the Walt Disney Company when EPCOT Center was being designed and built are not there anymore, and the people in charge now have absolutely no allegiance to their ideas or set of values. It’s sad, but that’s the way it is. No social media campaign can induce the leadership of a Fortune 100 company to fundamentally change the way they do things. Heck, as of this writing it hasn’t even been able to shame NFL commissioner Roger Goodell into resigning for looking the other way when the people in his employ violently beat women and children.

Now, after saying all of that I have to admit that while I’m opposed to the Frozen Maelstrom replacement, I’m not too worked up about it. It’s like if the Peruvian government started selling billboard space on the buildings at Machu Picchu; it’s a horrible, crass decision and I don’t like it, but it doesn’t directly affect my life in any way.