WARNING: This article contains spoilers for the movie Tomorrowland. If you’re trying to avoid them, pull the handle and bail out now. 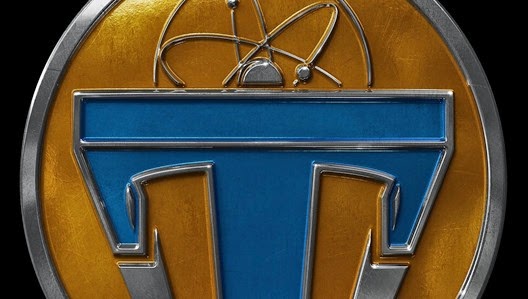 Okay, now that the people who throw Internet tantrums over spoilers are gone, we can talk about the movie.

Like everything, Tomorrowland is a product. But who’s it for? I mean, there’s a reason why the toy aisle at Wal-Mart has lots of Iron Man action figures but no Antonin Scalias: the demographic of “kids who thrill to the exploits of Supreme Court justices” is small enough to be nonexistent. So who makes a movie for people who are are nostalgic for 1960s Space Age retro-futurism? How does a company like Disney (whose Parks & Resorts division pinches pennies by refusing to crank up the AC in Walt Disney World’s show buildings during Florida’s hot and humid summers) decide to spend millions of dollars on something like that?

Don’t tell me it’s to create some kind of brand synergy with their theme parks; for well over a decade the Tomorrowlands at Disneyland and Walt Disney World’s Magic Kingdom have been neglected, thematically incoherent dumping grounds for mismatched attractions based on films like Lilo & Stitch, Monsters Inc., and Toy Story and there’s no indication that’ll change in the near or distant future. And it’s a well-known fact that studios are reluctant to spend big summer blockbuster bucks on anything that’s not a sequel, remake, or adaptation of a comic book or a YA dystopia novel.

So it’s a minor miracle this movie even exists. And I wanted so badly to love it. The trailers for Tomorrowland promised an optimistic romp through a Syd Mead-designed future world that’s irresistibly appealing to nostalgic retro-futurists like me. Unfortunately, the film was scripted by Damon Lindelof, the patron saint of overly complicated mystery-box plots that never fully deliver on all the cool things they promise.

Don’t get me wrong; there’s a lot to like about this movie. I think it’s great that the main protagonist, Casey, is female but no big deal is ever made of this, as if a girl who’s into science and technology is an abnormal thing. No one remarks that she should ditch her interest in science and technology to try out for the cheerleading squad and try to attract boys. She’s just a young person who dreams of a better future, and her gender is completely irrelevant to the story. That’s something we could stand to see more of in our summer blockbusters. And I loved, loved, loved the Syd Mead-designed futuristic metropolis.

But there are problems. The viral marketing spins an elaborate tale of a secretive organization called Plus Ultra who built the film’s Tomorrowland in a idyllic alternate dimension. But the movie only takes the time to give us a tiny, blink-and-you’ll-miss-it Cliff Notes version of this elaborate backstory, so if you didn’t do your homework by visiting takemetotomorrowland.com and watching the explanatory YouTube videos hidden around the site you have no hope of fully understanding what’s going on.

And what is going on? Basically a young “chosen one” has to save everybody from a spherical world-destroying machine. 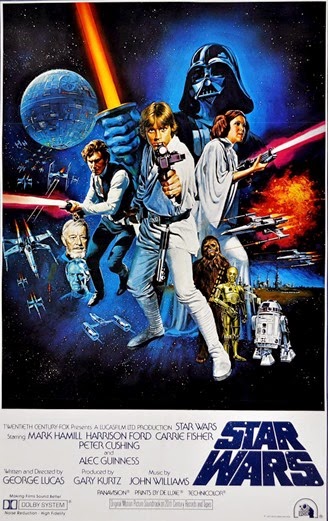 I can’t remember where I’ve seen that before

But that’s not my real problem with this movie. My problem is that it sets up this amazing possibility-rich premise and almost totally wastes it. The film’s titular Tomorrowland is a gleaming futuristic city in an alternate dimension, allegedly founded so that the best and brightest of Earth’s inventors and dreamers will have a place where they can pursue their passions free of the politics, corruption, and bad vibes of the outside world. In our early glimpses of Tomorrowland, both in 1964 when young Frank Walker stumbles onto it and again during Casey’s pin-induced vision, it certainly seems to live up to its promise. But later in the film when our protagonists find their way back to Tomorrowland something has obviously gone horribly wrong. The once-bustling spaceport is now vacant and dilapidated. (You know, like Epcot’s Future World) And except for Hugh Laurie’s Nix and his handful of armed enforcers, the place is eerily empty. It’s like Pyongyang. What happened? It seems obvious that removing themselves from the outside world was not enough to insulate this dreamers’ utopia from politics and corruption after all, but was that through a failure of Tomorrowland’s founding vision, or was there some kind of hostile takeover? Never addressed.

Another sticking point is the whole purpose of Tomorrowland. Near the middle of the film George Clooney’s character, Frank, tells us that at one point Tomorrowland was supposed to open its doors to the outside world, ostensibly to share its technological wonders. But then Nix went into Full Supervillain Mode and put the kibosh on those plans. So after Nix is defeated and Frank and Casey are in charge, what do they do? Open up Tomorrowland so the whole world can have jetpacks, hover-trains, and chocolate milkshakes that give you eternal youth? Nope! They create a mini-army of robot children with adorable British accents and send them out into the world to find “dreamers” and lead them to Tomorrowland. That’s great for them, but what about the rest of the world? Casey spends the whole movie wanting to make the world a better place; don’t you think that removing all the optimistic dreamers to an alternate dimension would have kind of the opposite effect? It’s an ending that seems cute and inspiring, but when you think about it for five seconds it’s obviously full of holes.

In other words, a typical Damon Lindelof story. You’d think that a professional writer would actually try to learn from his mistakes and hone his skills, but Lindelof seems content to go the Michael Bay route and do the same dumb things on every single movie.

The premise behind Tomorrowland would make an excellent science fiction novel. Probably even a great movie if someone other than Damon Lindelof, Roberto Orci, or Alex Kurtzman wrote the script. Leonard Kinsey’s Habst and the Disney Saboteurs actually had a similar premise, and even though it devoted an entire subplot to its title character’s constipation that story’s virtual Progress City was much better thought-out. Even if it did inadvertently make the uploaded consciousness of Walt Disney into the lord of the afterlife.

Bottom line: see Tomorrowland for the fantastic visuals and about 10 minutes of the soaring hopeful retro-futurism you crave. Just don’t think about it too hard.

Posted by David Landon at Monday, May 25, 2015
Email ThisBlogThis!Share to TwitterShare to FacebookShare to Pinterest
Labels: Tomorrowland