Disney fan community, I owe you an apology. You see, on Saturday, October 16 I was standing in EPCOT’s Innoventions Plaza a few minutes before rope drop, and I overheard a couple of middle-aged ladies behind me decrying how today’s kids don’t know the words to the Mickey Mouse Club song.

“Before long, they’ll probably bring it back as a rap song,” I joked.

“Gangsta Mickey!” I said, certain that Disney would never do anything so ridiculous.

They laughed even more.

I should have kept my mouth shut, because Disney obviously has listening devices hidden throughout the parks, and whenever a tourist, their brain functions dulled by the phenomenon I call Vacation Stupidity, says something like “I wish there was a show where Stitch ate a chili dog and then burped in your face,” or “You know what the Tiki Room needs? Gilbert Gottfried!”, it sets off the Bad Idea Alarm at Disney Corporate Headquarters, and the Imagineers are ordered at gunpoint to bring this idea to life. 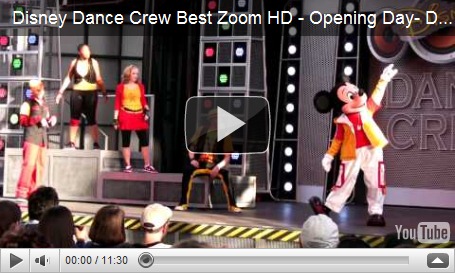 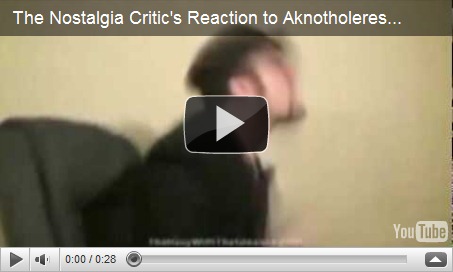 Normally I try to have at least one positive thing to say about the stuff I criticize, but this time I’ve got nothing. Nothing at all. Disney Dance Crew is nothing more than a pathetic attempt by a committee of middle-aged suit-wearing white men to appeal to a young audience they don’t understand and don’t particularly like. It’s more degrading than reality television. And it’s all my fault.

Still, I guess we should just be thankful that Mickey didn’t come out holding a gun sideways, or introduce Minnie as his “’ho”.

Oops, I’d better not say that when I’m on the parks. I don’t want to set off the Bad Idea Alarm again.