Okay, first of all I know the Disney literature calls it the UnDISCOVERed Future World tour, but I refuse to spell it like that. It looks like the Caps Lock key got stuck. I’ve wanted to take this tour ever since I first learned of its existence a few years ago, and when we got Annual Passes last year I vowed that I would do it before they expired.

If you’re an EPCOT geek (and if you’re reading this, I assume you are) then you have to realize that you’ll find very little that’s new or informative in the script that your guide is required to recite, and really that’s to be expected. You do, however, get to go into some really cool areas where your average park visitor is not allowed. For example, the Living Seas VIP lounge: 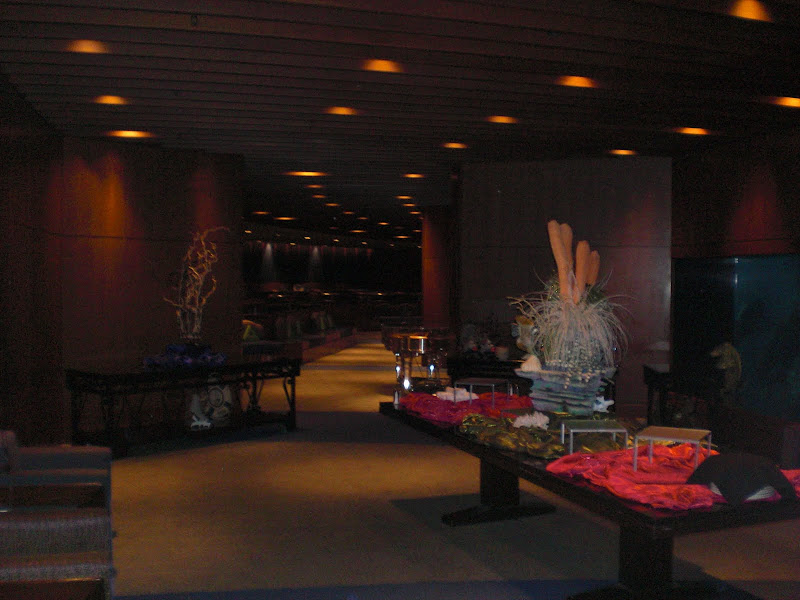 Sorry for the poor picture quality; my camera isn’t very good in low-light conditions. I was surprised by how large the lounge is. It’s easily as big as the Coral Reef restaurant, probably bigger. In a perfect world, it would be converted into an exclusive lounge for EPCOT Center aficionados, and the password to gain entry would be “George McGinnis”.

You also get to go into Mission:Space’s Mission Control and take a close-up look at the control console prop that you can see from the queue: 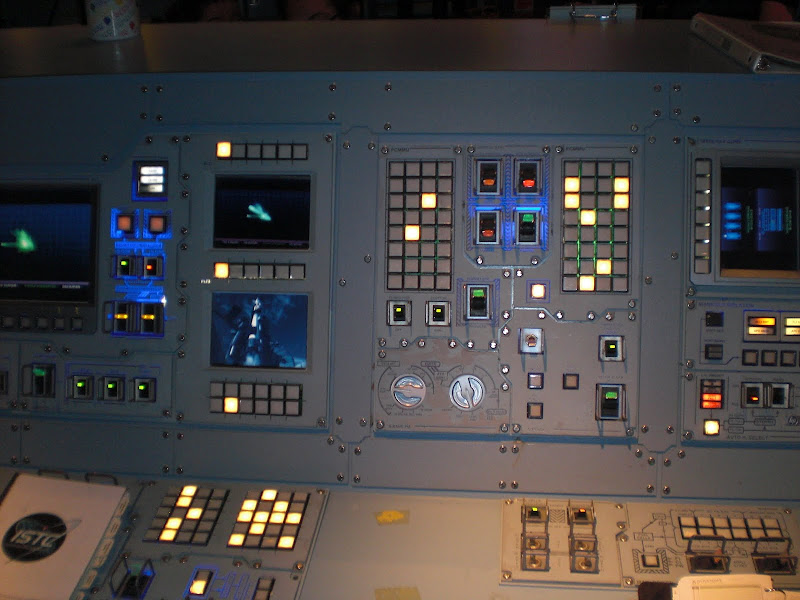 The level of detail is very high; the buttons all work, and some of the little video screens are playing the footage of the bird that always set off the alarm in Tomorrowland’s old Mission to Mars attraction.

You also get to go into the (surprisingly small) backstage area at Universe of Energy. There are a couple of unused pterodactyl Animatronics stored there, and they’re the only thing you’re allowed to photograph backstage, as long as you don’t photograph them from an angle that reveals more of the room. 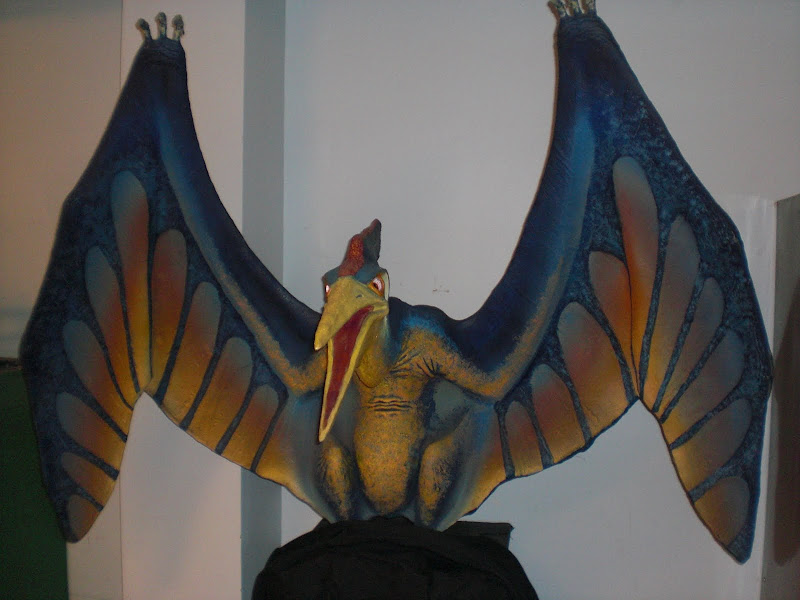 The best things on the tour, though, is the stuff the guide doesn’t point out to you, the little pieces of EPCOT Center that litter the backstage areas. Things like a Magic Journeys-era sign with Figment on it that tells guests where to deposit their 3D glasses after the show, a prop from Kitchen Kaberet, or what looks to be a vintage Universe of Energy operations manual sitting on a shelf in a back room. That’s the stuff that really makes the Undiscovered Future World tour worth the money.

I must admit, though, I felt kind of like an invader in some of the backstage areas, particularly in the Cast Services building. When they’re onstage, Cast Members are expected to stay “in character” at all times, and be friendly, cheerful, polite, and happy regardless of what’s going on in their lives. Backstage, away from the prying eyes of demanding Disney vacationers, they can decompress a bit and drop the Public Relations smile for a moment. All the Cast Members we met were exceptionally friendly, of course, but I still felt like an intruder.

A few of my online friends encouraged me to ask the guide to take us to the old upstairs ImageWorks. We had a large group, though, so it really wouldn’t have been feasible. However, I had a good fortune to have a couple of the guys from Minicot in the group with me.  These guys have, among other things, built a scaled-down Soarin’ replica at their home in Minnesota. I’ll have more about their impressive work in my next post.