My Year at WDW: Animal Kingdom

Between 1981 and 2007, I made maybe eleven trips to Walt Disney World, most of them before 1990. However, I was able to afford an Annual Pass in late 2009, and since then I’ve taken ten trips. As a result, not only do I know the best places to go the bathroom, but my perspective on the parks has undergone something of a metamorphosis.  My next multi-part ongoing series, entitled “My Year At WDW”, will delve into that new perspective a little bit. 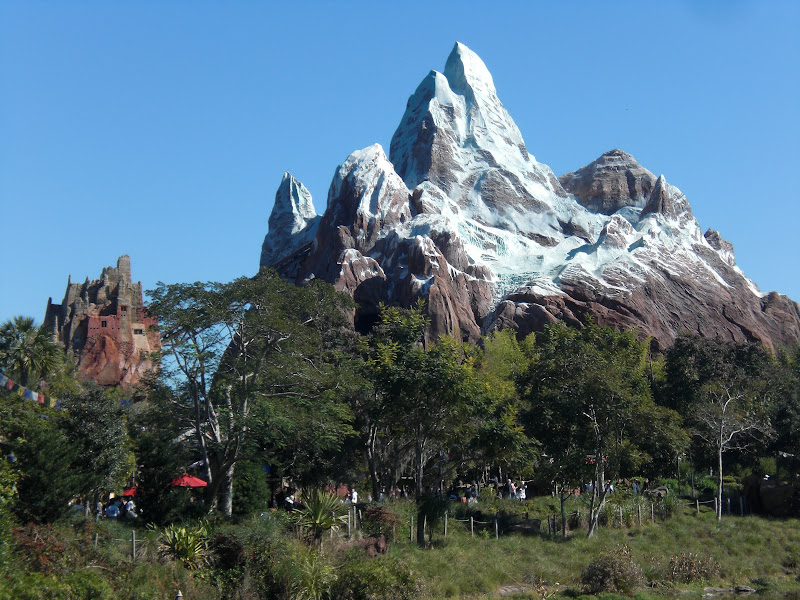 When the Magic Kingdom opened in 1971, it was missing a lot of the attractions we think of classics: no Space Mountain, Carousel of Progress, or PeopleMover, no Pirates of the Caribbean, and no Big Thunder Mountain. By the time the park celebrated its twelfth anniversary in 1983, all of those attractions had been added, and the Magic Kingdom as we know it today was largely complete.

Animal Kingdom opened in 1998 with only two rides, a smattering of shows, and lots of room for expansion. Surely, all kinds of stuff must have been added in the twelve years between 1998 and today. Let’s compare an 1998 guidemap and a 2010 guidemap and marvel at all the new attractions the park has! Well, there’s Expedition Everest, that’s a big one. Asia has gained Kali River Rapids-a little on the short side, but good on a hot day-and the Maharaja Jungle Trek. Over in Dinoland, they built that Chester and Hester’s Dinorama thing that nobody likes. And that’s it. Two rides (one of which is built around an Animatronic that doesn’t work as advertised) a walkthrough attraction that’s not much different from something you can see in one of your better zoos, and a cheap carnival area. And hey, the cheap carnival area is all concrete and metal, making it one of the best places to enjoy Florida’s blistering summer heat! To make things worse, the park’s only dark ride, Dinosaur, has had so many effects deactivated over the years that it’s hardly worth experiencing. Check out Martin Smith’s excellent Dinosaur tribute video for more details on that.

Another issue that I have with Animal Kingdom is that it’s basically the Star Trek: Voyager of Disney World parks. It’s the one they never should have built. The idea was that a fourth park on property would induce people to extend their vacations. Instead, it’s just cannibalized attendance and maintenance dollars from EPCOT and the Studios. If you want to hear more about this, I encourage you to check out Episode 46 of the WDW Fanboys podcast for a very insightful discussion on it.

My personal feeling is that while there are some nice things at Animal Kingdom, it’s just not worth my time. The executives obviously feel that having the Disney name on the park is enough to overcome its shortcomings, and that spending any money on the place is unnecessary. Fine. If Team Disney Orlando doesn’t want to spend any of their money on Animal Kingdom, then I definitely don’t want to spend any of my money at Animal Kingdom. Unfortunately, my wife likes the place, so I’m sure I’ll be dragged there at least once per trip. But I sure won’t be buying any merchandise or eating any expensive table service meals there.

And that’s it for Animal Kingdom. Next week, I’ll take a look at another park.

Posted by David Landon at Monday, December 06, 2010
Email ThisBlogThis!Share to TwitterShare to FacebookShare to Pinterest
Labels: Animal Kingdom, My Year at WDW